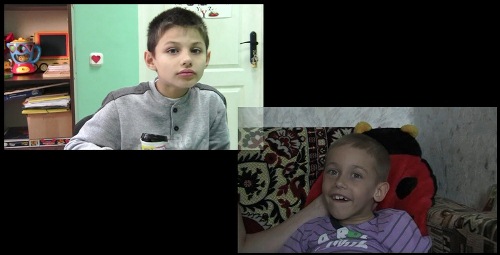 Two stories that will make you appreciate life

„I was proposed to give birth to another child – a healthy one, and to give this child to the Orphanage. Let them abandon their children, but my child will live with me. How can I abandon a child and make another one, a healthy one. He is mine, the best one the loved one…” – is the revelation of Tatiana Kapustneanski, Nikita’s mother (a boy with infantile cerebral palsy), made in a short movie, realized by the Association SOMATO from Balti.
The movie “Hope never dies”, lasting 18 minutes, is a life story of Nikita and Anton – two eight-year old boys, both disciples of the Day Center for children and Teenagers with Severe Mixed Disabilities „Danko” from Balti.
The authors of the movie say that both children and their parents represent a model of resistance and patience for those who are bringing up „other children”. The movie is a dose of hope for parents of „other children” – say authors of the movie.

„Hope never dies” was made in Russian, and there is also version with Romanian subtitles.

The movie will be proposed for broadcasting on local TV channels, and will be demonstrated in certain curative institutions, educational institutions, NGOs and will be used during awareness-raising campaigns, promoted by the Association SOMATO.

The movie “Hope never dies” was realized by the efforts of the Association SOMATO team under the project “Let’s learn to hope together”, funded by the Embassy of Finland, situated in Bucharest.