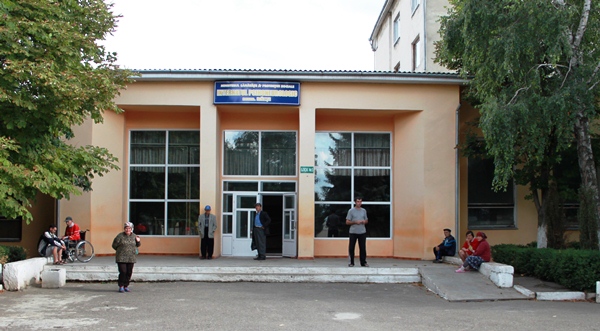 Generous support from the Netherlands

"Now I feel a real housewife in my renovated and furnished room. I'm not even ashamed to receive guests in my room, where we sit down and speak" says Gabriela, one of the beneficiaries of Psycho-Neurological Internat from Balti, an institution which received humanitarian assistance from the Netherlands this year. Dutch organization "Macromicro" donated the interant from Balti about nine tons of furniture. This has allowed renovating, refreshing and furnishing a great deal of beneficiaries’ rooms. Other buildings from the internat were also furnished. Dutch humanitarian lot for Psycho-Neurological Internat from Balti consisted of over 250 items of furniture (beds, wardrobes, chairs, mattresses, tables, fireplaces, etc.) and amounts over five thousand Euros.
“We are very grateful for our Dutch partners for this generous gesture. Though this is a second hand furniture, it is of high quality, and I think that it will serve us for at least 10 years”, says Vasile Petic, the director of Psycho-Neurological Inernat from Balti.

“Dutch humanitarian aid is welcomed, especially in the conditions of austere budget for our institution this year, which only allows providing basic necessities: food and treatment” said Vasile Petic.

Organization "Macromicro" from the Netherlands continues to be responsive to the needs of Psycho-Neurological Internat from Balti.

Organization representative, Fer Haak, says that "Macromicro" is now focused on a fundraising project involving the purchase of bedding sets for beneficiaries, and for other needs of the internat from Balti. "For this purpose, we initiated a social media campaign on Facebook and Linkedin and we have already received significant support from the Gates Foundation" says Fer Haak.

Collaboration between Dutch organization and Psycho-Neurological Internat from Balti was initiated by chance.

“Association SOMATO from Balti is implementing a sheltered housing project in our town. We also conducted assessment of the needs of the internat from Balti and submitted it to the Dutch organization. They offered us to bring  furniture the institution needs”, says Jana Chihai, the president of the Association SOMATO.

“For our organization it is important not only to create community services and to offer support for people with mental illness, but also to contribute to the improvement of the overall quality of life of people from the residential institutions”, mentioned Jana Chihai.

Psycho-Neurological Internat from Balti hosts about 550 patients. Beneficiaries of the institutions come mainly from the North of the Republic of Moldova (a small country located in southeastern Europe, which borders Romania to the west and Ukraine to the east). The beneficiaries are men and women of different ages, who benefit of full maintenance and temporary or permanent placement.

Previous media →
Thousands of children from Moldova need a psychologist