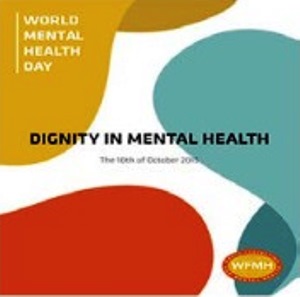 Human Rights are not respected in the case of millions of people with mental disorders, according to World Health Organization (WHO), which,  with the ocasion of World Mental Health Day, celebrated on 10th of october, launch the call for these people to be treated  with dignity. „Mental disorders representes 13% from all disorders worldwide and constitute a third part from all disabilities related to health”, said in a press conference Michelle Funk, WHO expert.

This means that we talk about „diseases that affect millions of people”, added the expert.

There are different studies in very different place such as USA, Ethiopia, Great Britain, they proved that people with mental disorders die 10 or 20 years earlier than the mean of population.

This “doesn’t mean that the cause of their death are mental diseases, rather they die from the same diseases as the rest of the population, but, because these are not treated or are treated not as much efficient and with celerity like other people, they die much earlier” explained Michelle Funk.

Michelle Funk declared that “dignity and human rights” are “essential for recover” and denounced that violence, sexual abuse or situations when patients are “forgotten for the rest of their life” are something usual in many countries around the world.

According to Agerpes, WHO send the message this year that “dignity is very important” and launched a worldwide campaign for promotion of dignified treatment for persons with mental disorders.